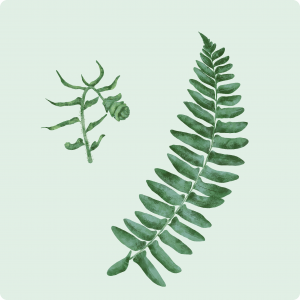 Polystichum acrostichoïdes – A medium-sized, coarse fern with deep evergreen, highly polished fronds, fertile fronds are taller and sterile fronds shorter and broader. The fronds grow in clusters from a crownless rootstock and range from 1-2 ft. in length. The once-divided fronds with pointed pinnae result in a medium to coarse texture.

Christmas fern is very easy to establish and grows where conditions are right. It requires cool, moist, well-drained soil in shade. In the right spot, it can be a good, evergreen border or accent plant. Though often used as a groundcover, it is a clumping fern, not forming a continuous, undifferentiated carpet the way some ferns do.

The foliage begins to show wear around the end of January but is renewed in early spring just as the rue anemone (Thalictrum thalictroides) appears. This makes a great combination. The beauty of anemone is fleeting as the plant goes dormant after setting seed, but the Christmas fern will dependably fill the space until next spring. Both plants grow well in shallow, rocky soils or in good, rich garden soil, and they are often found growing together in nature.

Richard Hayward, a famous British fern collector, has enjoyed ferns ever since he encountered them as a boy scout in South Wales and took them to London as souvenirs. After his retirement he owned a small fern farm in North Wales. He still exchanges spores and plants of rare species with other fern enthusiasts.

"I love ferns because of their diversity in shape, foliage, colour and beauty and their enormous urge to survive."

Polystichum yunnanense – This fern grows wonderfully without significant attention, even under dry conditions for a while. This rare fern asks to be discovered by more 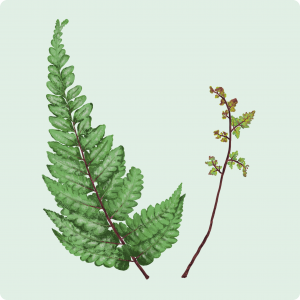 Athyrium otophorum ‘Okanum’ – This lovely deer-resistant evergreen fern is so unique that it is actually recognizable from a distance. Anyone that observes Wine and Lime

Dryopteris sieboldii – This is a most unusual fern with magnificent and oddly shaped fronds that mark it out as quite distinct from any other Dryopteris. 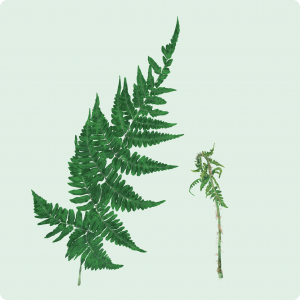 Dryopteris sichotensis – A large Asian forest fern with dark scales and strong, flat growing fronds. Occurs in the undergrowth of forests, in the highlands on

Lastreopsis microsora – This fern has been used for years as bedding plant in southern California, the creeping rhizome is moderately slow-growing and easy to control. 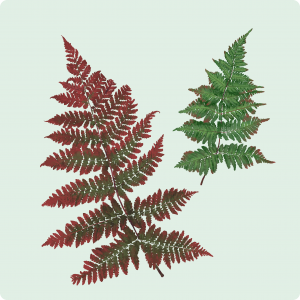 Dryopteris koidzumiana – This unique fern loves warmth, so patience is required for it to start growing. But once it does, new fronds emerge with their